jack johnson -- sleep through the static 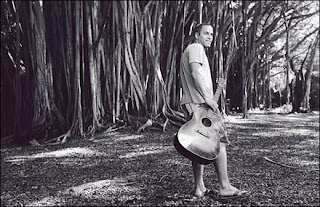 tomorrow is the big day! finally... another album from good ol' jacky boy! man i'm so excited. his last album was the soundtrack to the curious george movie in 2006. it was a good one, but definitely not the same as 'in between dreams,' which made it's debut in 2005. 'in between dreams' was a solid album. i'm hoping jack has just been taking his time for the last 2 years & mastering his musical skills -- & he's got skills for sure.
i think i can easily say that jack johnson is my favorite music artist. now i know that's a very limiting comment, but i've always had a thing for jack. i remember the first time i heard him. i was in high school, summer time was in full force & i was headed down to charleston for a quick day trip with a good friend & her boyfriend to try my hand at surfing. her boyfriend, now husband, is a big surfer & also possesed a shared passion for music. as we drove down the highway to sc, we jammed out to this new cd that they had been given by a friend of theirs. thankfully it was 'brushfire fairytales' & i was instantly hooked!
i couldn't get enough of jack & was so excited at this new found musician. 'brushfire fairytales' was my theme music for that summer. i even tried to get my friend catherine to jump on the "jack band wagon" i was riding high on. i kept telling her "you HAVE to listen to jack johnson, you'll love him. he's going to be big one day!" she just laughed at me then, but now we laugh becuase now he's all over the place.
so needless to say, i'm excited for tomorrow! please jack, don't let me down!
have a great monday!!
-aw