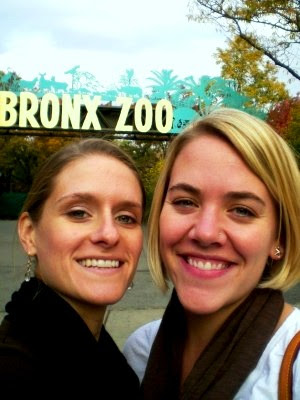 halloween in NYC was GREAT!! e & i had such a fun weekend just hanging out in the city. friday night after i arrived we headed out down the street for some really tasty pizza before our halloween night out. if you're ever in manhattan, i highly recommend posto at the corner of 2nd ave & 18th st. they specialize in thin crust pizza & i must say, it was quite yummy!!
after dinner we decided to get in the halloween spirit & after a little primping "the cougar" & the "golf caddy" headed out to sidebar at 15th & irving for a fun night with some of erin's friends. i think costume watching on halloween is probably some of the greatest people watching there is. 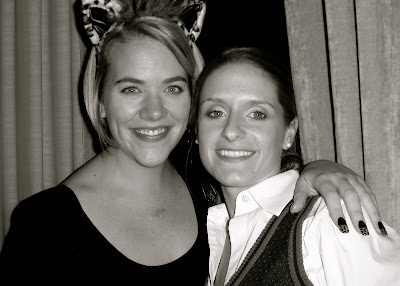 then saturday we had brunch at petite abeille on 17th which was also really yummy. i love brunch in NYC. everywhere i've ever had brunch is some good stuff. then made our way north to the bronx zoo. it was an amazing fall day in the city with temps in the low 60s. it was quite lovely. walking through the bronx from the subway to the zoo was quite an experience. life there is definitely different than life here. 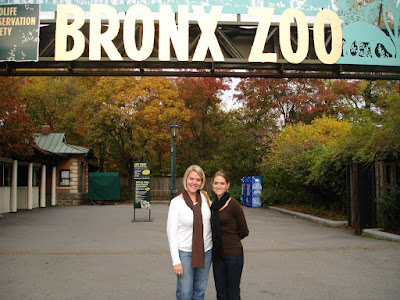 sunday was a tad chillier, but the sun was shining & we ventured out to take in the NYC marathon & i'll tell ya... that made me feel pretty unaccomplished : ) but it was awesome to see & really made me appreciate the humanity of the marathon. i saw all ages running & lots of older men & women & i'm talking like 75 years old. i was impressed to say the least. saw a few costumed batmen running & even a man in a tutu, but the most amazing thing i saw at the marathon were 2 men running on the metal prosthetic legs. simply amazing! 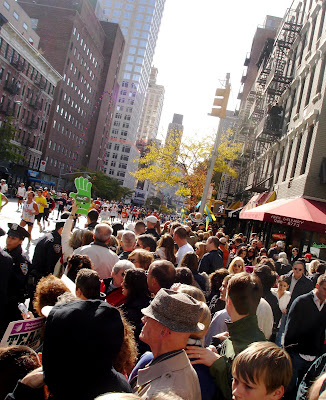 the trip was a blast & can't wait to head up in december for some christmas spirit in NYC.
Posted by {live.a.life.of.love} at 9:48 AM