this past week i got the honor of having my first maternity session with my dear friends bethany & ryan.  their sweet little girl, anna grace, is due in just a few weeks and i wanted to share not only the pictures that i took, but the story behind anna grace's name.  i just LOVE it!  so without further ado...
"Ryan and I have both always believed that there is great power in a name. There are stories all throughout the Bible that lend testimony to this idea. God would often change people's names to reflect who they were becoming.
There are also many verses that speak to how God knows us by name and has taken interest in knowing us since we were being formed in our mother's womb. God told Jeremiah in Jeremiah 1:4, "Before I formed you in the womb I knew you, and before you were born I consecrated you..." God told Jacob (Israel) in Isaiah 43:1, "I have called you by name, you are mine." Psalm 139 also shows how well and intricately God knows us. David says, "For you formed my inward parts; you knitted me together in my mother's womb. I praise you, for I am fearfully and wonderfully made."
The reason I say all of this is because God has worked so powerfully in helping us name our little girl and I wanted to share this story. Ryan and I had a hard time finding girl names that we both really liked. I would mention one of the 25 or so names that caught my attention and he was pretty quick to dislike most of them :)
Valentine's Day weekend, he and I went to a 2 Becoming 1 marriage retreat at Berry College in Georgia. On Saturday February 13, 2010 I woke up early to go to the bathroom (which happens a million times these days haha) and I SO distinctly heard God say that this baby's name would be Anna Grace. After getting up and heading to the first session that day, the person speaking made reference to the notion of "naming children for your testimony." I immediately started to journal the thoughts that were flooding my mind at that moment. I want to share what I wrote with you:
God, when I woke up this morning I really sensed that this baby was going to be a girl and if it is that her name will be Anna Grace. She will be a representation of God's love and grace to us and to the world. I feel like you were telling me that if it were up to me and my efforts, this baby would not have made it - it's ONLY because of your grace and love that this baby has lived and lasted in a sinful, wicked, fallen person like me. So thank you for your grace - thank you for giving me what I DO NOT deserve and for helping me to see that it is NOT works based. It's LOVE based - it's GRACE based - it's JESUS based!! Help me as I flawfully attempt to lead this baby as her mom. Make me more like you!!
Now, let me just clarify... I am NOT a good, consistent "journaler." I don't have things like this happen very often. In fact, consistency is a weakness of mine that I greatly want to improve upon. However, I know what I felt that morning and so I documented it.
Later on, I mentioned this name to Ryan without telling him anything that I had felt or written down. I told him that the name Anna meant "grace or favor." He loved the name, but didn't really understand the whole "Grace Grace" idea as far as meaning was concerned. So, I pretty much dropped the conversation.
A couple weeks later, Ryan came back to me and said, "I meant to tell you. You know when you mentioned Anna Grace as a name to me? Well, God brought back to mind a seminary class I took where we were looking at the original Greek of John 1." Ryan went on to point out John 1:16, which says, "And from his [God's] fullness we have all received, GRACE upon GRACE." He went on to explain how this verse speaks to grace in the Old Testament and God has always been a God of grace even before Jesus came. By God giving us the 10 Commandments (which he didn't have to do), he was graciously showing us how we should live. By God giving us Jesus (which he didn't have to do), he was giving us grace upon grace. We both knew that if it was a girl, that would be her name. However, I kept my journal entry treasured in my heart at that time.
So, then March 16 rolls around and Ryan and I head to our ultrasound to find out if we are having a little son or daughter. The ultrasound technician looks at us and says, "Are you ready to find out?" Of course we were!! She says, "It's a girl. I'm 100% sure!" Ryan and I looked at each other and said, "Anna Grace Carson it is!"
As we were leaving the doctor's office, I looked at Ryan and said, "You've gotta see this!" I opened up my journal and read him what I had written a month earlier. Even though he is convinced that there's no way of perfectly guessing the sex of the baby, he couldn't deny how God had woven this name long before either of us knew it!
We are so excited to meet little Anna Grace and we pray even now that she will show everyone who she meets that because of the fullness of Jesus Christ, we ALL have been given the opportunity to receive his GRACE upon GRACE!!" 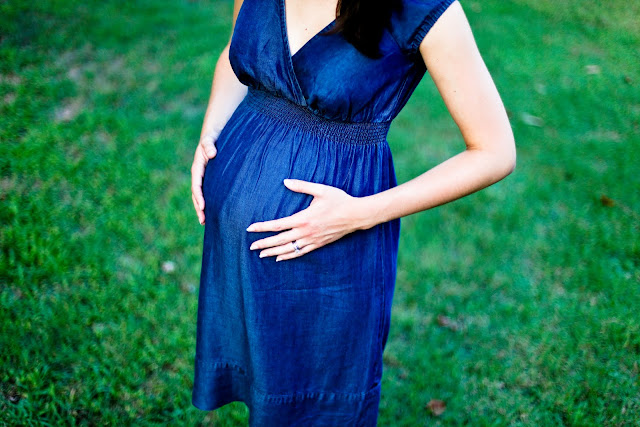 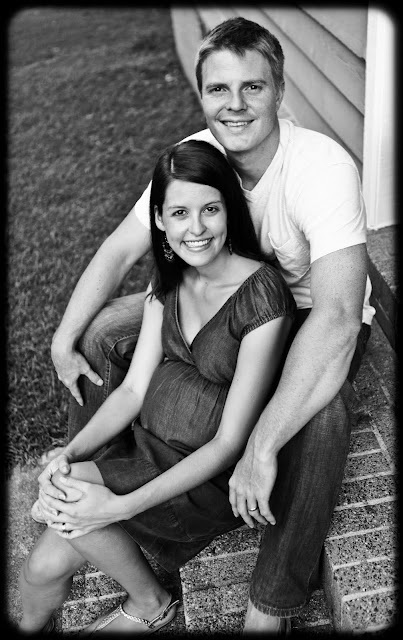 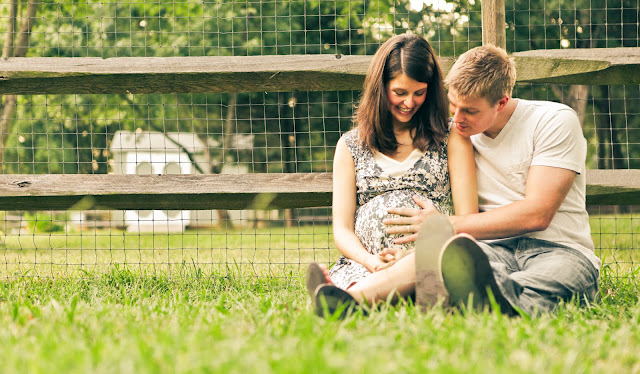 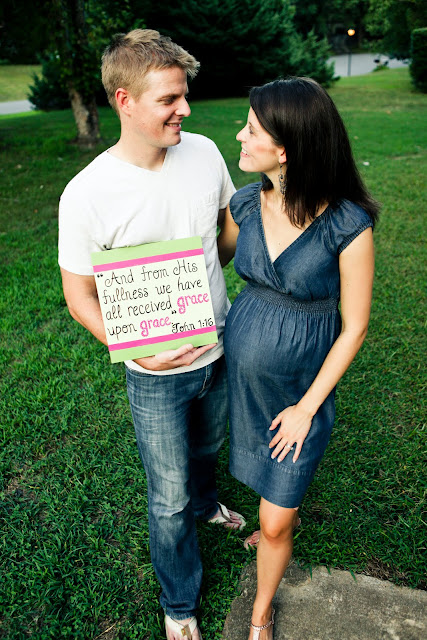 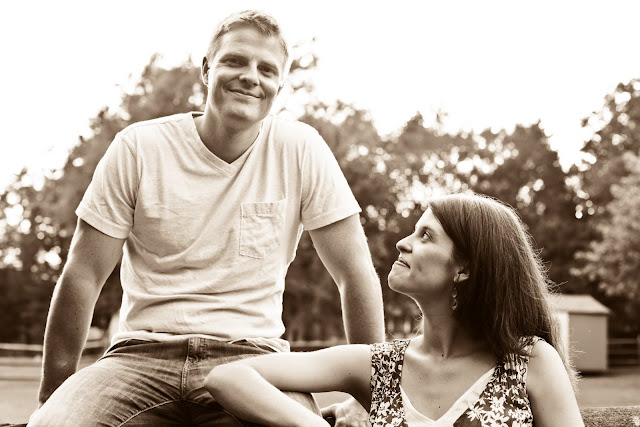 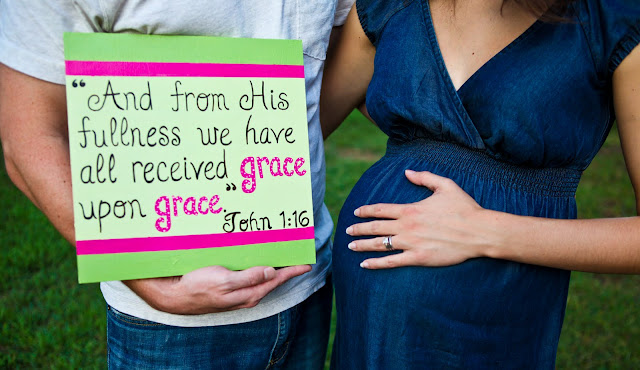 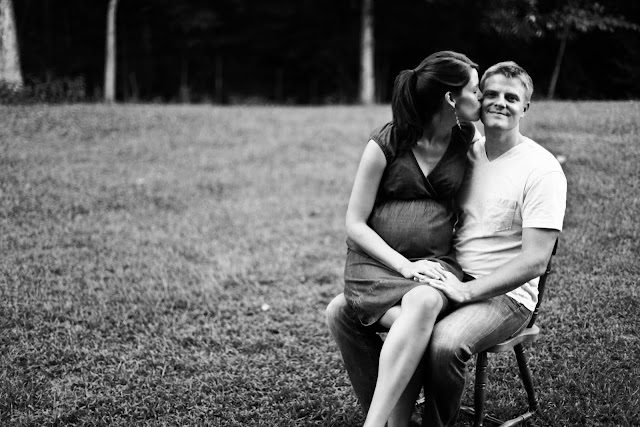 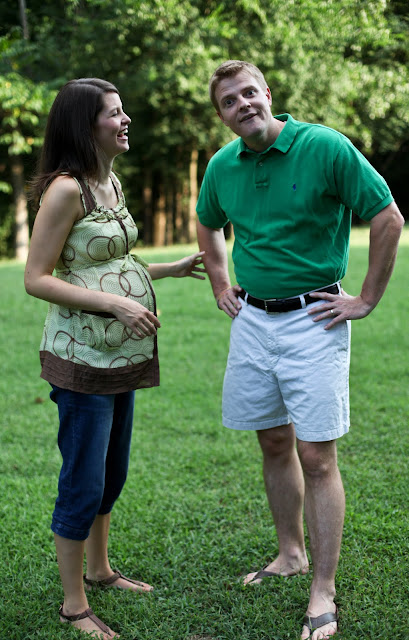 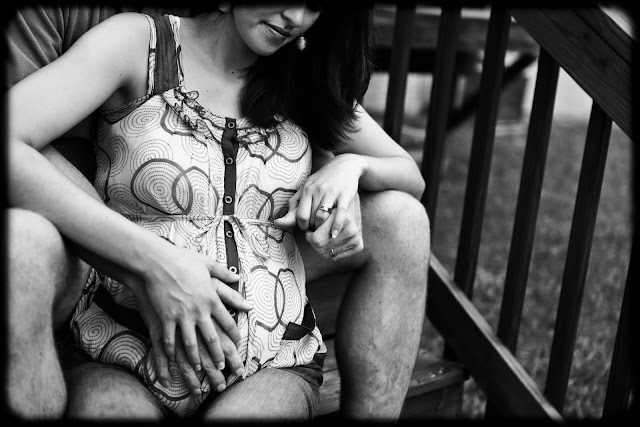 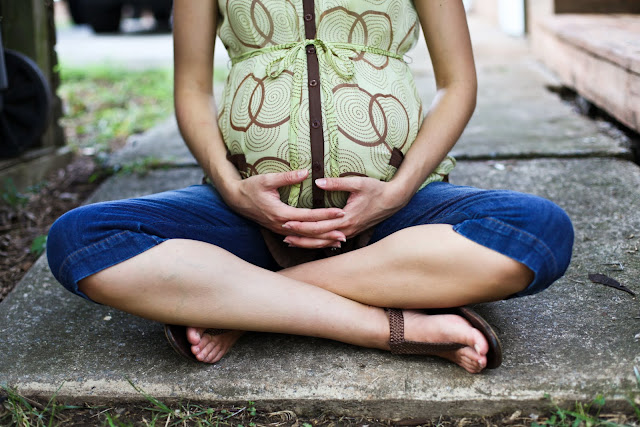 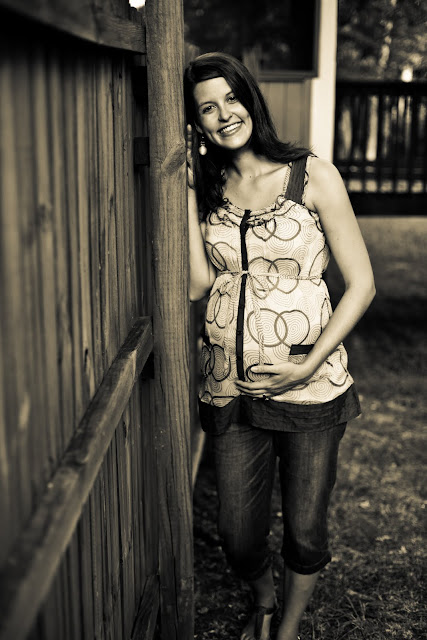 thank you ryan & bethany for allowing me to share in your blessing of new life.
i can't wait to meet sweet anna grace & love you both!
{aw}
Posted by {live.a.life.of.love} at 6:02 PM

I clicked over here from Nature Girl's blog, and I've been looking through your photos. You have some seriously stunning work! Thanks for sharing it with others.

Also, I love the positive vibe on your blog. =)